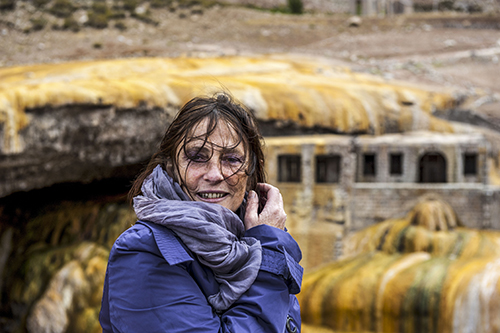 Patrizia Dottori is a photographer since 1986. She was born in Rome and now lives and works between Rome and Buenos Aires. "I shoot as an artist and think as a photographer", that is why she calls “artistic reportage” her photographic genre. Projects stem directly from shootings. When she looks at her pictures she sees a story. She looks for meanings and emotions of non-straightforward realities. In recent years she has been working more and more in an abstract form, on topics related to human rights and environmental issues, focusing on beauty as a message in itself. In this context was born Mother&Land, a work made up of seven projects on the elements of nature, that deals with violence, against nature and against women and what they have in common. Her training starts from medium format with Giancarlo Berluti, when she changed to 35mm and concentrated on B/W printing and, influenced by the style of Man Ray and trained by Stefano Gioia of Photomania, she realized an exhibit called The 10 Commandments. In 1990 a course in watercolor held by Roberta Filippi acted as a crucial step towards color and she also started two long projects, one on Cuban propaganda and the other about New York. From 1990 to 2016 she attended different seminars: from the standards of photography with Stefano Carofei to photojournalism with Graffiti Association and Graffiti Press, from photo editing with Tiziana Faraoni (Officine Fotografiche) to image copyright with lawyer Massimo Stefanutti. She also studied structural analysis of film language, iconography, direction of photography, screenplay, editing and color theory with Antonio Pluchino (Videoambiente). Another crucial step was the passage from analogue to digital which she went through studying with David Harvey (TPW) and realizing a surrealistic work on selfportraits called PatIsHere. "I sometime think about the shots I have not made, but never about future ones… I keep looking inside me for those, as I have always done".